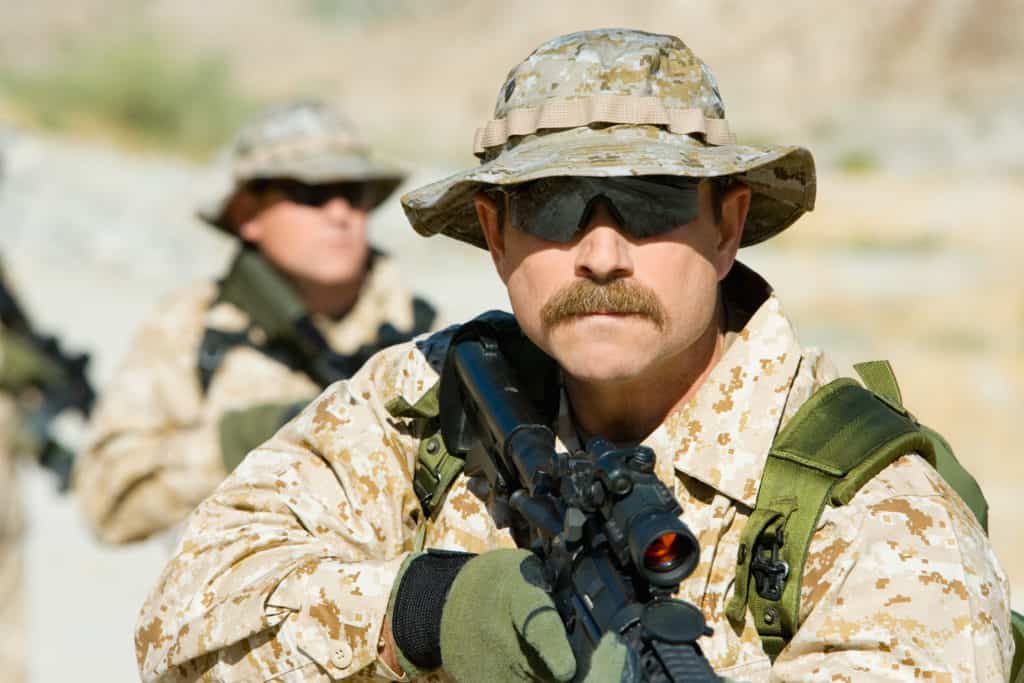 I can’t believe that I have made it this far. The odds are surely insurmountable; I feel like some kind of superhero. I remember little before the amphibious landing craft hit the beach. I think my amnesia is due to adrenaline running through my body. There were hundreds of enemy soldiers waiting for us. Now the whole beach is carnage, strewn with blood and bodies. Bullets flying and shells exploding. I feel strangely oblivious to the horror of what I am witnessing, focused purely on the objective, to capture the beach. Everything else, even my own mortality is secondary. The objective is everything.
How I managed to get through the blockade it is nothing short of a miracle. I have done campaigns before. I’ve been stationed in the desert, parachuted behind enemy lines with the special ops to capture a radio station, taken out enemy munition dumps. You could say that I am something of a veteran but this is by far the bloodiest conflict that I have seen.

I made it to the top of the beach and took out the machine gun nest inside of the pill box with a grenade. Inside the concrete bunker, once all of the enemy had been neutralised, I found some stores. I have managed to replenish the ammunition of my pistol and have swapped my rifle for one I found inside. My new rifle is lighter and has a bigger magazine that my previous model. I also found some food I scoffed instantly and it has helped to restore my strength. I ran out of the bunker and vaulted over the barricades that lay behind. That’s when it happened. Judging by the force of the impact it must have been a bullet from a high calibre sniper rifle that hit me right between the eyes. I didn’t stand a chance. The last thing I remember thinking was ‘Bloody hell, that was a good shot’. As I lay there bleeding on the ground a white mist surrounded me. It swirled and twisted into a vortex, into a tunnel of white light and I felt myself being drawn along towards a portal at the end. “That makes sense”, I thought as my soul travelled towards its final heavenly destination.

I have to say that I was less than prepared for what happened next.

I emerged from the light into a very large room with bench seating that stretched as far as the eye could see. On the benches sat various soldiers from all of the ages, sitting in groups. There were Tommie’s from the first world war. There were Knights and Persian warriors I assumed a fall out of the Crusades. There were what looked like Vikings and there were some very futuristic looking soldiers in black armour wearing full face helmets. That bit I could cope with. That bit kind of made sense. What didn’t make sense were the groups of dragons, wizards, elves and talking dogs, that was just weird. A guy approached me from one of the benches.

“How far did you get?” He asked enthusiastically.

“Pardon?” I said. It was all that I could muster.

“How far did you get?” He said again and then he said “Oh right, sorry, you’ve just come through, I’ll give you a minute to acclimatise”.

“The beach” I stammered, “I was on a beach. There were bunkers and”

He turned his attention back to me again and said:

“If you got past the bunkers you were nearly there; the extraction point is on a hill just behind them. Then of course you would still have had to infiltrate the fortress, which is no mean feat but if you’d done that you’d have finished”.

“Finished?! What are you talking about!” I exclaimed, I could feel my frustration growing.

“Don’t worry mate, it’ll all come back” said the large blue hedgehog who was passing by with a tray full of coffees.

“What the?” I said to my mirror image friend.

“Come and sit down” he replied, “soon you’ll understand”.

Sitting down sounded like a good idea. Five minutes ago I was storming around a beach in Normandy and now I’m talking to a spiky blue mammal in bright red shoes and spats. I sat down with my look alike to find myself surrounded by many more people who looked just like me. I should have been shocked but after everything that had gone before the whole thing now seemed kind of normal.

“He made it to the beach!” said my new found friend.

“The beach!” exclaimed my counterparts “You were almost out”.

“Still the beach,” said one of my guys on the bench “I didn’t make it out of the desert”.

“You were lucky,” said another “I didn’t make it through the tutorial”.

“The tutorial!” The other’s laughed in unison and I have to confess I laughed along with them. I was starting to feel at home. There was a kind of a camaraderie between us, that and there was a familiar sense about the place, like I had been here before.

“Alright!” replied the poor bloke seemingly regretting his admission. “It’s not my fault, I wasn’t in control”.

“How did it happen?” I enquired.

This was clearly a question that he didn’t want to hear. “I ran straight off a building” he mumbled into his collar sheepishly and then turned away to cover up his ever-reddening face.

“Is it starting to come back yet?” asked a guy from the bench.

“So real!” exclaimed one of my look-a-likes from the end of the bench. “Which part exactly? The fact that you could suddenly take on the whole German army pretty much single handed or the bit where you could be shot repeatedly all over your body and then be restored to full health by eating a loaf of bread an apple and a banana?”

“Give him a break” said another of the mirror image men, “it does look so real now. I mean in the old days when the bad guys were basically made up of assorted blocks and they spoke but their mouths didn’t move, then there would be that voice at the back of your head that said ‘hang on a minute, something’s not right here’ but now it’s much more lifelike. There are shadows that move according to what time of day it is. The sun comes up, you can see the grass move, water actually looks like water. If you ask me it’s getting scarily closer to reality and if you’re in for a while, I think that it’s understandable if you go native.”

That’s when the whole thing came flooding back. My name is Peter Pixel and I am not a war hero, I am an entertainer. You have seen me many times before in many guises but it’s always me. I change my appearance to suit your requirements, it all depends on what game you choose to play next. In this one I was the war veteran, the man who could get hit and keep getting up, the man who goes for days on end without any sleep, the man who can fire a sniper rifle in the wind and take out a guy in a tower a mile away. I was the impossible hero. Who knows what I might be tomorrow? Perhaps I’ll be battling zombies or fighting dragons. All the worlds a stage, well, mine is.

“Pete, can I see you in my office please?”

I was being called into the manager’s office and he looked worryingly uncomfortable about what he had to tell me.

“Have a seat Pete, I’ve got good news for you. You won’t have to go on a vigorous gym training routine for the next one. In fact, we want you to do as little as possible and while you are at it we’re putting you on a high-calorie diet ready for your next role”.

Strange I thought, what kind of hero am I?

“And here’s the new uniform,” said the manager reaching in a cupboard behind him and producing a pair of brown boots, a hat, a red sweatshirt and dungarees.