A Lady Of A Certain Age 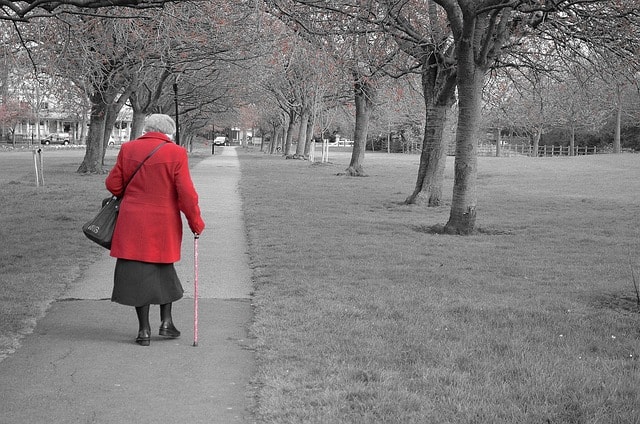 ‘A lady of a certain age’ – Short story by Peter Coath

The Aylesbury estate is a godforsaken place.

You know you’re in trouble when they choose your neighbourhood as a location for the rough parts of ‘The Bill’ and films featuring Michael Caine as an old timer taking on local hooligans.

Sure the Elephant and Castle was never the most gentrified of neighbourhoods but it is a real part of London. Not like the glass and chrome of the City or Shoreditch where hipsters with beards can afford to pay five pounds for a cup of coffee but can’t afford socks.

Once called Le Enfant de Castille after a young French princess betrothed to the English monarchy, the elephant was the place that spawned Charlie Chaplin and to this day there are still people who live there who remember the way things used to be, before the gangs took over.

Doreen had lived in the neighbourhood all of her life. She watched as East street market changed from local people with horse drawn barrows to traders of all nationalities in vans of all shapes and sizes. She also watched as the large concrete edifices went up. The modern monoliths that were going to be the solution to housing crisis but instead ended up housing the crisis.

Whoever thought that stacking people next to each other in concrete boxes was a good idea? It was like a human battery farm. Still up they went, dominating the skyline and casting a vast shadow over her small but perfectly formed beautiful Victorian terraced house.

It was not long after the high rises went up that the gangs started to take over the area. They were not like the old style gangsters that she had known. They had been gentlemen.

They were always smartly dressed and respectful, they kept the fighting between themselves. You could walk past a group of them standing on the corner in their expensive tailored suits and you would feel perfectly safe. No, the new gangs were different.

Their clothes looked more like pyjamas than the kind of thing that you should wear out of doors and they used words that she didn’t understand or more specifically she understood but not in the context they used them.

As far as she was concerned being ‘bad’ is not a good thing and if you were ‘sick’ then you should go to bed. When she went shopping she would pass them as they loitered on their bikes on the corner and as she passed, one of them there would always make a snide comment, normally about the way she dressed.

Their apparent desire to show off every bit of flesh possible. Covered in tattoos. In her day the only people who had that many tattoos were either sailors or criminals.

Doreen came from a different era, a time when women covered themselves up to protecting their modesty and she felt no need to change.

Still, not everything about the dawning of the new era was undesirable. Things had become more convenient. Doreen remembered a time when shops used to shut at five o’clock at night and nothing was ever open on a Sunday. Now everyone worked all of the time. Supermarkets and corner shops never closed.

However, this was not true for all professions, after all even ‘would be gangsters’ and drug dealers have to go to bed sometimes. Doreen was an old lady who lived on her own with no family to speak of and as a result, her time was her own.

She didn’t have to abide by the constraints put on us by work or social ties and she worked out that if she did her shopping in the wee small hours of the morning she could totally avoid any unwanted attention from the menacing youth.

However, early one morning as she made her way down the darkened alleyway that led between the local twenty-four-hour mini market and her house, bulging shopping bags in hand, she saw one of the local gang members walking towards her.

He was a tall, imposing figure despite his youthful years. Dressed in the standard uniform of baseball cap, hoodie, jogging bottoms and over-priced plimsolls he made his way towards her. His gait was cocky, it swayed from side to side the way that boxers do. She knew that his kind were not the type to respect their elders.

Anyone was fair game, the weak and the vulnerable especially so. The alleyway was long and there was no one there to help. There was no escape.

He walked slowly towards her as she stood rooted to the spot. He got so close that she could read the writing on the small round silver label on the brim of his cap and smell the stench of weed that clung to his clothes.

“Can I help you with your bags miss?” enquired the youth helpfully.
But Doreen didn’t hear a thing that the young man said, the blood lust had already taken over. She grabbed his neck and sunk her fangs deep into the main artery of his neck, drawing deeply.

She didn’t normally attack the young ones as she considered it somewhat unfair. Her life had been so long, she still remembered the Princess and when Charlie was a young boy working on the flower stall and yet theirs had barely begun, to her they were practically babies but this one was asking for it.

Walking down a dark alley at night on his own, what was he thinking? It was like consciously walking right into a spider’s web.

Besides, she hadn’t been out for a couple of nights now and she was feeling rather peckish. When she had completely drained his body of blood she let his pale lifeless corpse fall to the floor.

She patted her mouth clean with the lace hankie that she carried with her at all times and stooped to pick up her shopping bags full of detergent and cleaning products.

After all, even a vampire has standards.

She thought as she walked down the alleyway, away from the body of the deceased teenager, about how much the area had changed over time and how much they used to charge for washing powder as opposed to how much it is now.

The increase was horrifying. Honestly, her household bills now were a bloody nightmare.